Where to go if you want to feel magic and powerful energy? Without a doubt, Es Vedrá is waiting for you.At almost 400 meters high, just off the southwest coast of Ibiza, is the magical and legendary islet of Es Vedrà.It has become one of the essential sights when visiting Ibiza and without a doubt it leaves you speechlessSeeing it from the coast is amazing, but if you can see it from the sea, its greatness and power will leave you impressed.

One of the most popular motor yacht routes of Be Charter Ibiza is a trip to Es Vedra. 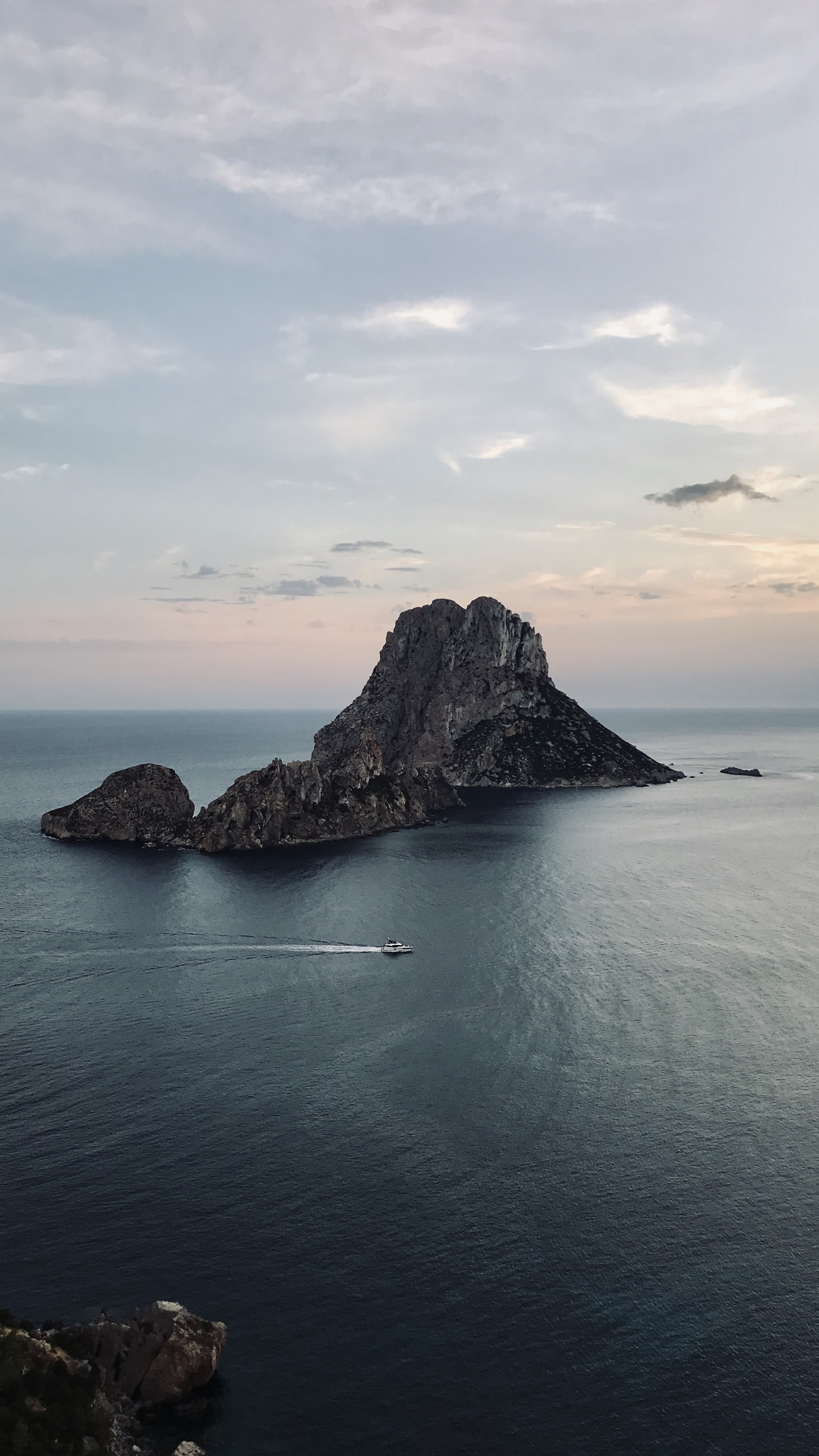 Es Vedrà is shrouded in many myths and legends, the most popular of which is that it is the third most magnetic point on Earth. It was even thought to be the home of the Sirens of Greek mythology, who lured sailors to their deaths with a song that caused them to be shipwrecked.

It has also been suggested that it is the birthplace of the goddess Tanit, a deity introduced by the once-occupying Phoenicians, whose statue you will see all over Ibiza. It ´s considered by many to have positive healing powers and inspires creative energy.There are many other legends, none of which have been proven.

But what we can assure you is that the magnetism that it causes you when you see it, whether from land or sea, is impressive. You will hardly forget this great place in Ibiza.

The obligation to admire the beauty of Es Vedrà from nearby viewpoints and the spread of numerous legends throughout history have served to build and reinforce the halo of mystery that surrounds this enchanting natural setting. 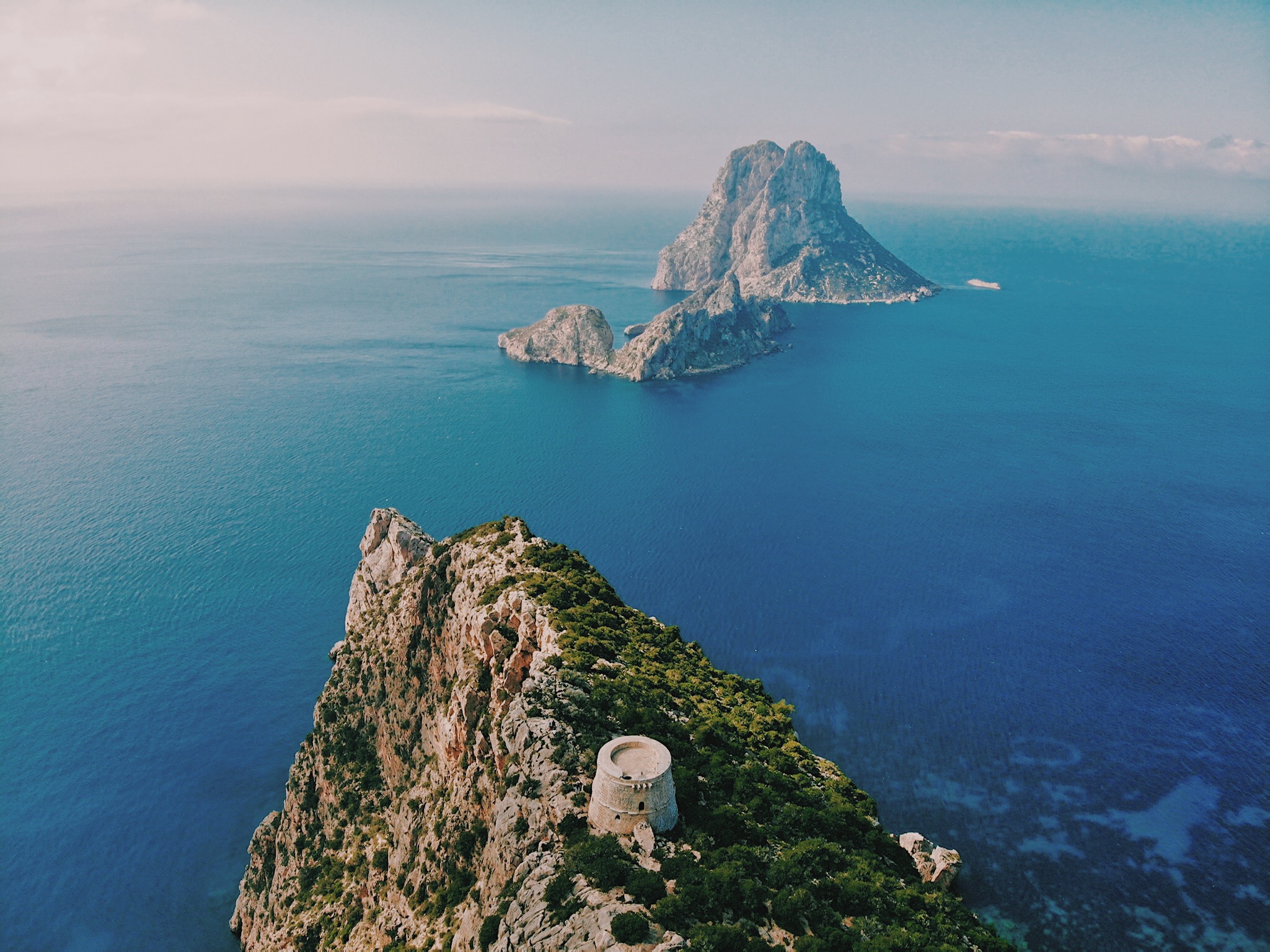 Nostradamus even put Ibiza on the map in the 15th century predicting that Ibiza will be Earth’s final refuge.” As we have said before, It has been claimed as the 3rd most magnetic place on earth. This has not been proven but there’s no denying that something about the island seems to send compasses awry. Homing pigeons have often been known to get lost near the island….

Whatever you believe in it is impossible not to be lured by Es Vedra’s magic.

Come and discover it with Be Charter Ibiza

Other site very near of Es Vedrá, is ATLANTIS Officially known as Sa Pedrera de Cala d'Hort, this is a centuries-old quarry just around the corner from Es Vedra. The rock here was used to build watchtowers, houses and part of the walls of Dalt Vila (Ibiza) in the 16th century. Legends also report that the Egyptians used the stone to build the pyramids.

The strange rock formations of Atlantis make up a most peculiar dreamscape, in which we find natural pools of salt water and a multitude of symbols and marine elements carved into the rocks. In the 1960s, with the arrival of the hippie movement on the island, Sa Pedrera de Cala d'Hort was the place that many chose to find peace and harmony. And so it is reflected in the rocks, where there are sculpted fish, Buddhas, words, the symbol of peace, flowers...

It was precisely the hippies who baptized this place with the name of Atlantis, due to the mysticism and energy that surround it. In fact, the cave located in the cliff served as their meeting place.

So we encourage you to choose this route to Es Vedrà passing through Atlantis, we are sure that they are places that will remain engraved in the memory and in the soul.

Brilliant Snorkelling in Ibiza – Top 6 Locations With Be Charter Ibiza